Hockey Player Path templates, will help you to create common path for practices, drills, coaching and values in your hockey team or club. Define what’s most important in various categories and in different ages, along the hockey player path.

A visualized hockey player path document will create clarity for hockey players, parents and sponsors, it will be clear for everyone one what you strive and stand for. Youth hockey practice part 3. A. Passes between cones, shot and rebound. B. Forward and backward skating. C. See above, with puck. D. Skating round the cones. E. Puck on one side body on other, backwards with puck back. Goal scoring in hockey is a complex skill and knowledge, and there will be no short cuts or direct guidance, ”do this and you score goals in hockey”. It’s more about understanding the different goal scoring skills and knowledge about different factors in goal scoring, since hockey is an open skilled sport (free movement, and moving opponents) and therefore also several factors to be considered. Practicing (repetition) is the key to success and to score goals in hockey. Be focused and try to score a goal every time you practice and you do a hockey practice!
“You miss 100% of the shots you don’t take.” /Wayne Gretzky In the International Hockey Coaching Education, during the World Championships in Sweden, we had the opportunity to listen to the Swedish National Hockey team coach, before each game.

“We want to play with full puck control / possession towards the offensive zone, and in the  offensive zone we try to go straight towards the goal, P1 goes in front of the goal and P2 seeks up the rebound area. We also try to stay in the way of the goalie and steer the shots. Other areas we focus on, are to “win the inside” in 1-1 situations. You can say that, the more skilled hockey players you have the less we talk about how, it’s more about what.” 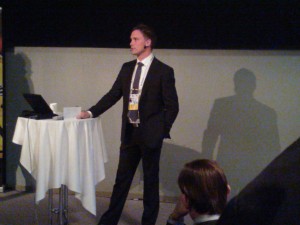 …Hockey Goalie Trainer or Goal Scoring Coach, Part 3 Looking at goal scoring, shooting skills and hockey practicing focus, you could say that much of the focus is today on, taking rebounds in front of the goal and creating a mask, traffic or wall in front of the hockey goalie to reduce the visibility, when the shot comes.

This will be important in future, but increased training focus will need to be on shooting skills and in scoring goals, with different types of shooting techniques like:
– Wrist shot
– Snap shot
– Slap shot
– Backhand
– Shooting unannounced and in movement sideways
– To be able to shoot with the weight (centre of gravity) on both feets, left or right (the foot that is in front).

“In NHL the shots will not come through if you don’t shoot fast and quick” /Dave Smith, NHL officials health and wellness coach

If you want to see some examples from hockey you can watch Alexander Ovechkin and Phil Kessel. Ovechkin example, start at 00:44, goal scoring skills in practice.

Topic to be continued…